WE PLACE YOUR BRAND IN THE STORY

Moby Dick Content is a content agency specialising in research, strategy and storytelling through words, images and video.

Moby Dick (the book) is a brilliant story of the sea that captures the imagination. D. H. Lawrence called it “one of the strangest and most wonderful books in the world,” and “the greatest book of the sea ever written.”  It’s a good description of the business we wanted to create. The difference is we place your product into the story, wrapped around beautiful words, images and film-making that you’ll never forget.

Our team of custom content creators includes Jack Murphy, a gun photographer and blogger, and proven Publisher and Research Director Travis Godfredson, who helped shape some of the most talked about and effective content in the market place. 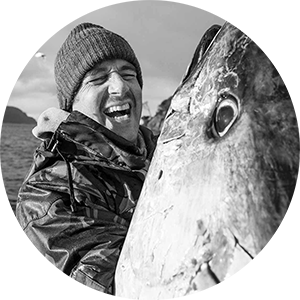 Travis builds content strategies that get people talking. He understands what moves an audience and can sniff out a good story. Some say his yarns can put horns on jellyfish. He’s written feature stories for Club Marine, The Wanderer, Caravan World and The Captain – and the affiliated video stories he produced have attracted views well into six figures. At Bauer Trader he set the standard for editorial, image and design quality and catapulted the business into premium video production. During that time, many well-known mastheads experienced the highest recorded circulation periods while simultaneously growing their digital audience. He was Research Director when ACP launched award-winning titles Real Living, Men’s Style and Ralph, publishing numerous papers on audience behaviour.

More recently, Travis, along with partner Jack Murphy, crowdfunded and launched their own masthead, The Captain. It attracts a cult-like audience from ocean adventurers with a huge social following and received several nominations in last year’s publishing awards. The fundamentals of The Captain are great storytelling, beautiful styling and multi-channel formats. Put simply, the content is cool, it’s real – and it’s everywhere the audience is. This is the ethos that Travis applies to all his content outputs. These skills are also utilised by many of his clients, who employ Travis’ content marketing skills to grow and engage their own audience.

Travis lives on the far South Coast with a patient wife, Emma, and three bundles of curly-haired energy. When he’s not creating content, he’s restoring old Series Landrovers, fishing, kayaking or lifting a Honda mini-bike off his spirited son, William. 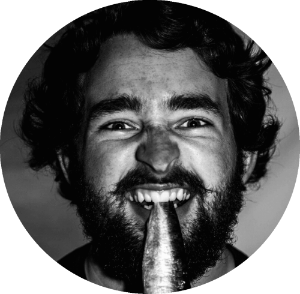 Jack Murphy loves to create and share stories of adventure. He’s very good at it, too. By the age of 25 he’d created a weekly blog with over 30,000 followers. His images tell stories and he describes his style as, ‘dynamic, gritty and sometimes moody, but always full of salt and vinegar’. He’s just at home in the water satellite tagging flatback turtles with the team from WWF, or bouncing along a corrugated road in the Dampier Peninsula in a 4WD. He recently returned from the Kimberley after exploring the region by land, sea and air. Not one to take the easy road (or scheduled flight path) he also hiked 10km in 40-degree heat just to find the moment to snap a gorge at sunset.

Jack has created content for Australian Geographic, The Wanderer, 4X4 Australia, Club Marine, Caravan World, Camper Trailer Australia, Trade-a-Boat and an esky full of fishing magazines. He also works closely with clients on their own content strategies, several in the tourism space region. In 2015 he – and Travis Godfredson – crowdfunded and launched their own masthead, The Captain. It attracts a cult-like following from ocean adventurers with a huge social following and scored several nominations in last year’s 2016 publishing awards. The fundamentals of The Captain are great storytelling, beautiful styling and multi-channel formats. Put simply, the content is cool, it’s real – and it’s everywhere.

With a resume like that you might think he has an ego as big as his beard, which is black and fuzzy like a pirate’s. Thankfully his unassuming and easygoing nature has never left him. In fact, this is his endearing quality that lets him slide between the layers of the story and share them in a way that makes the audience feel like they’re there.

If you want to get in touch, contact Jack here.